The all-new sixth generation of the Honda CR-V has surfaced thanks to China’s Ministry of Industry and Information Technology, fully revealing its design ahead of its imminent debut this year. In all likelihood, that’s what the 2023 CR-V will look like in the rest of the world too, as you can see in our spy photos of the North American prototype models.

The photos of the SUV confirm what we saw a few months ago in an alleged patent filing, and in our own spy shots from last year. The front is where most of the changes happen, with a longer hood, slim LED headlights, a bigger grille and a cleaner design for the bumper. The profile inherits a horizontal character line and siding similar to the smaller HR-V, with an evolving shape for the window line.

See also: Everything we know about the 2023 Honda CR-V 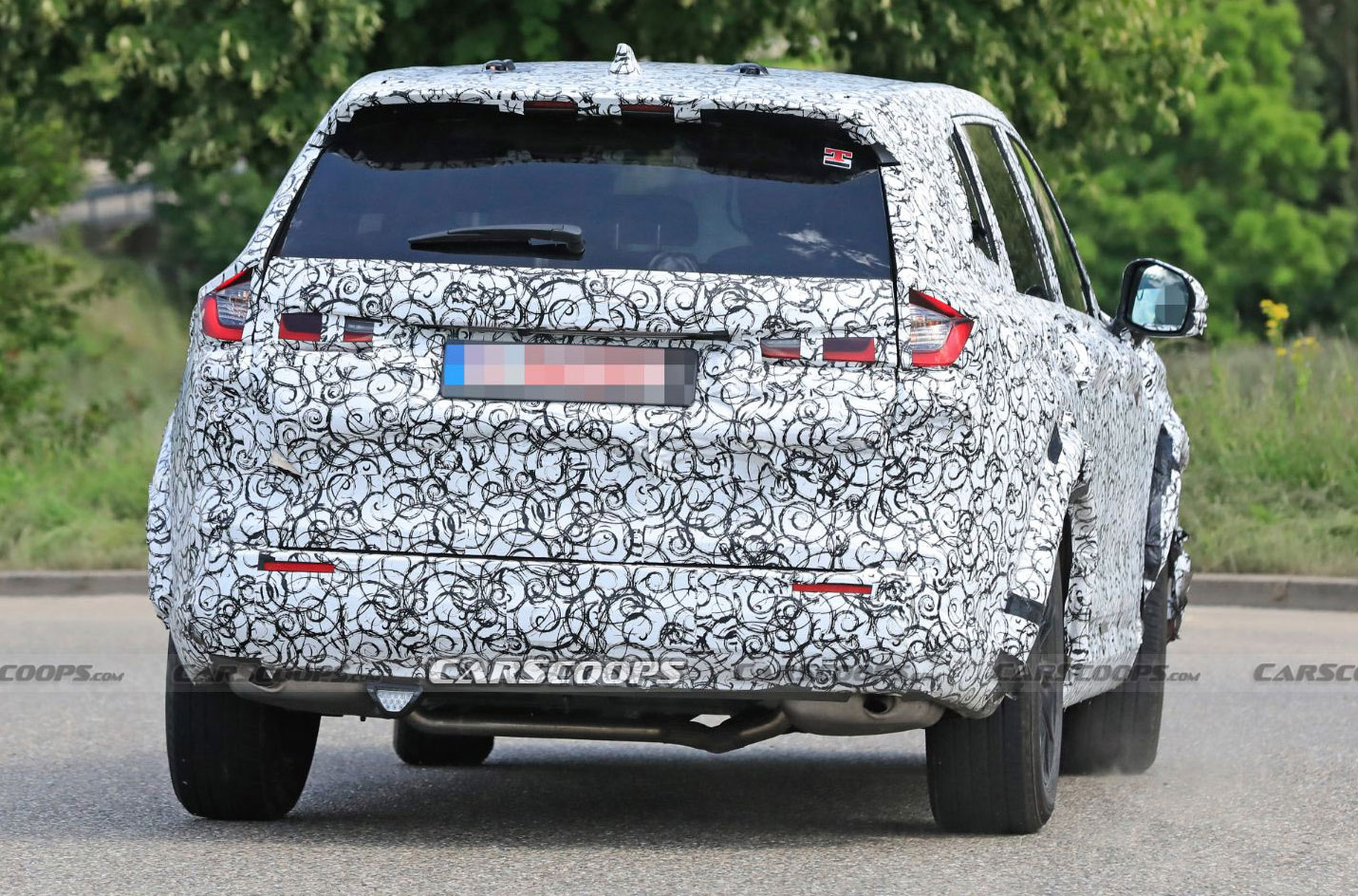 At the rear, the CR-V retains the model’s signature L-shaped taillights that extend to the sides of the rear window. In the new generation vehicle they are slightly reshaped, resembling those of the Volvo XC60 while losing the chrome trim element between them. The license plate holder has been moved higher, but the large tailgate is retained providing a low loading area. Finally, the rear bumper of the Turbo-badged variant shown features dual exhaust outlets, although this may be different in the electrified model.

Speaking of powertrains, Chinese buyers will get an ICE-only version of the CR-V with the 1.5-liter turbocharged four-cylinder engine producing 190 PS (142 kW / 193 hp). Power is transferred to the front (FWD) or to all four wheels (AWD) via a CVT gearbox. We’re also expecting a few hybrid variants with the e:HEV badge. One of them will certainly combine a 2.0-liter engine with two electric motors – as in the current CR-V e:HEV – while a new plug-in hybrid variant is also said to be in the works. The CR-V e:HEV will be the only powertrain option in Europe, where Honda has electrified its entire lineup. North America will get both ICE-powered and hybrid variants, with Honda aiming for a 50/50 sales mix. 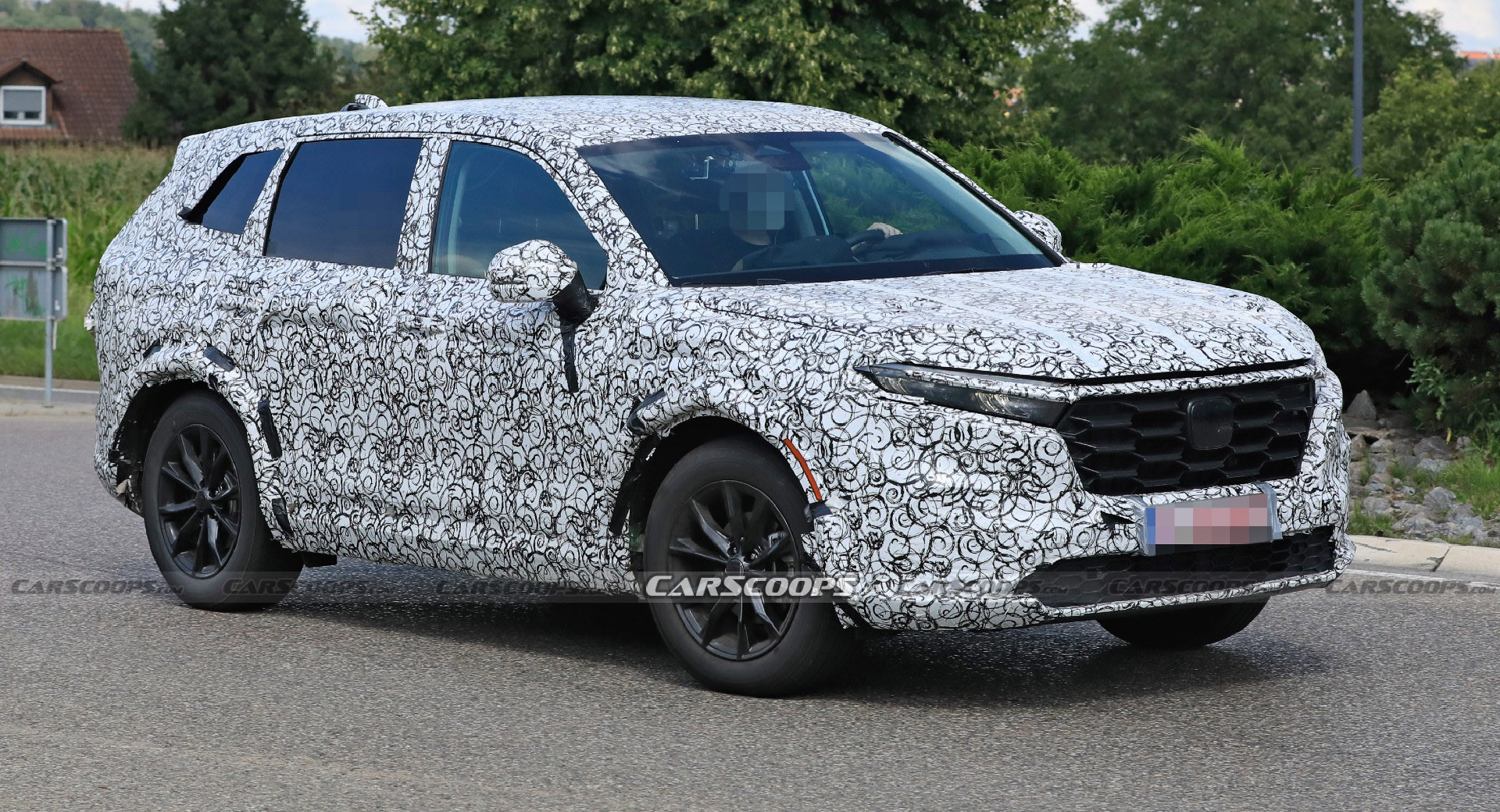 While we can’t see any interior photos yet, the CR-V will likely get a new digital instrument cluster and larger infotainment touchscreen, making it more appealing to buyers over its predecessor introduced in 2016. As with the new Civic, the dashboard design should be minimal with horizontal lines. Finally, a range of ADAS systems from the latest Honda Sensing suite will put the SUV on par with the competition.

The debut of the new Honda CR-V is expected in the coming months, with a market launch next year. Besides China, which will receive Dongfeng Honda’s CR-V and Guangqi Honda’s soon-to-be Breeze, the SUV will be rolled out in Europe, Australia and North America. We don’t know if Honda plans to come up with a different design for each market, but we think any changes will be extremely minor and likely limited to trim.